The Week In Pictures 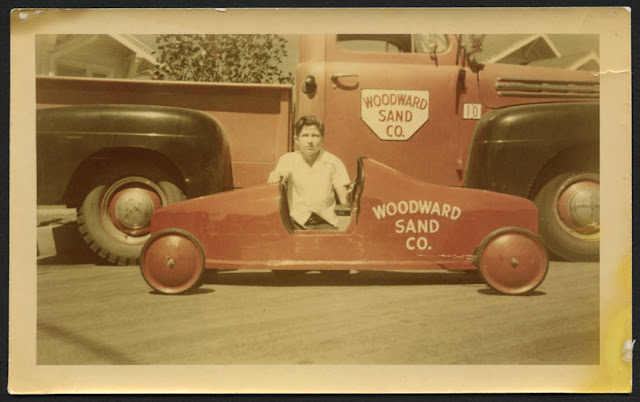 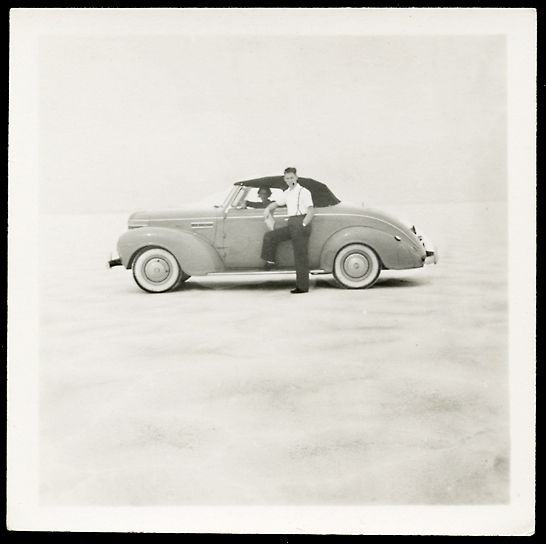 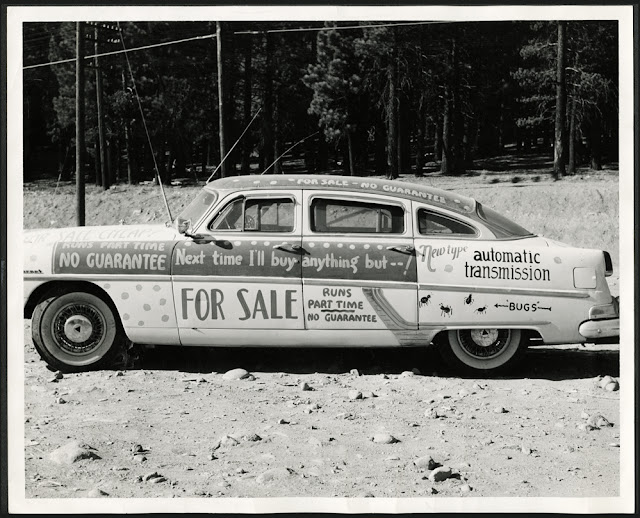 Somebody's bad experience with a '54 Hudson Hornet, despite the factory wires. 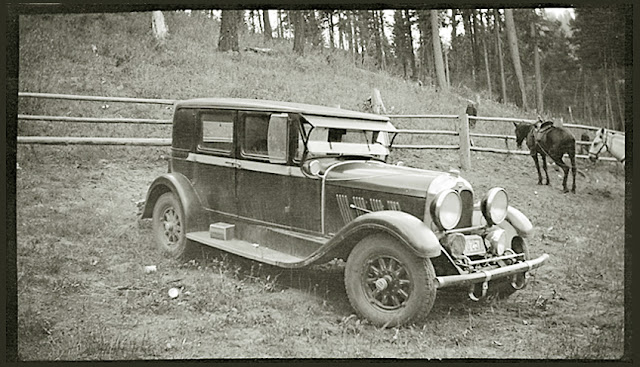 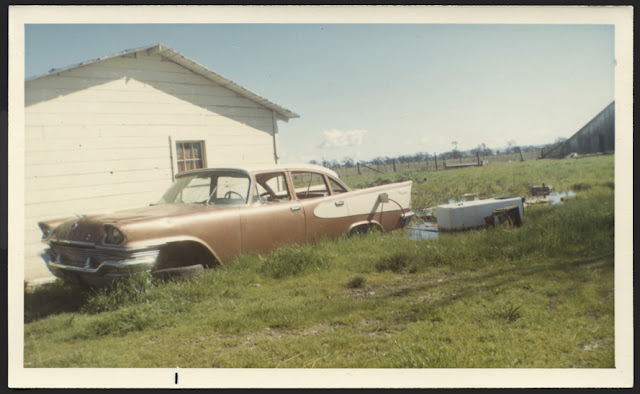 1957 Chrysler Windsor w/ single headlights, for those nine states that ran late in legalizing duals. The Flite-Sweep color insert panel was added to Windsors with duo-tone roofs shortly after introduction to help move these plain Janes out the door. Similar styling cues on Studebaker's '57 President make me wonder if Chrysler lifted the dart panel from Studebaker after South Bend borrowed Highland Park's front end? Photo below from a ClassicCars.com listing, incorrectly labeled a '58. 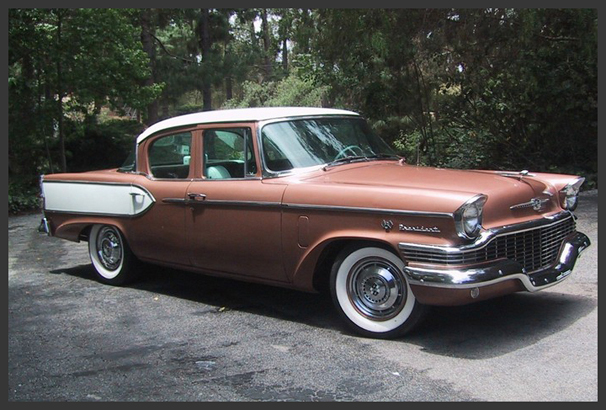 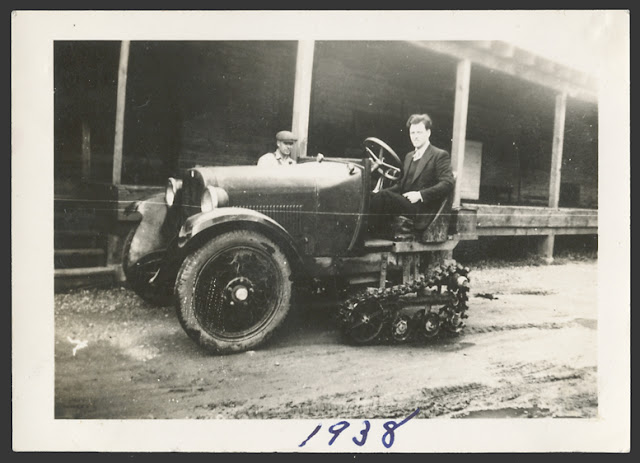 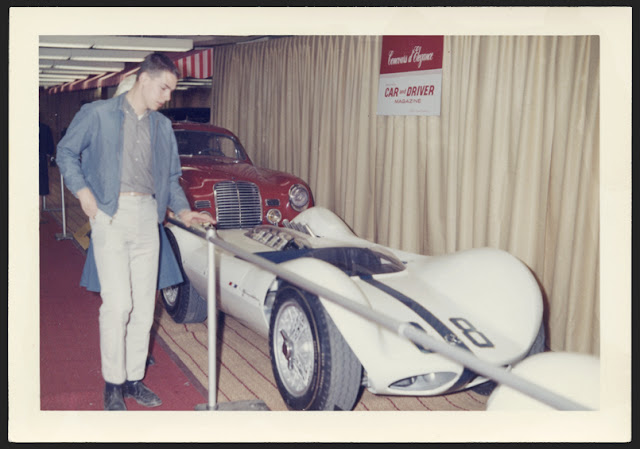 I seem to remember this sports racer as a Brooks Stevens project from an early 60s Road & Track or Car and Driver. The script just ahead of the red/white/blue badge borrowed from Stevens' '63-4 Studebaker Gran Turismo Hawk appears to spell Excalibur and the badge on the hood looks like crossed swords in a circle, but I can't find the original article and Google inquiries all lead to the Mercedes SS replicar. Red coupe to the rear is a '48-9 Maserati A6/1500 Berlinetta by Pininfarina like one imported by R&T staff photographer Jerry Chesebrough in days of yore and lovingly captured by him in front of Bullock's Pasadena. 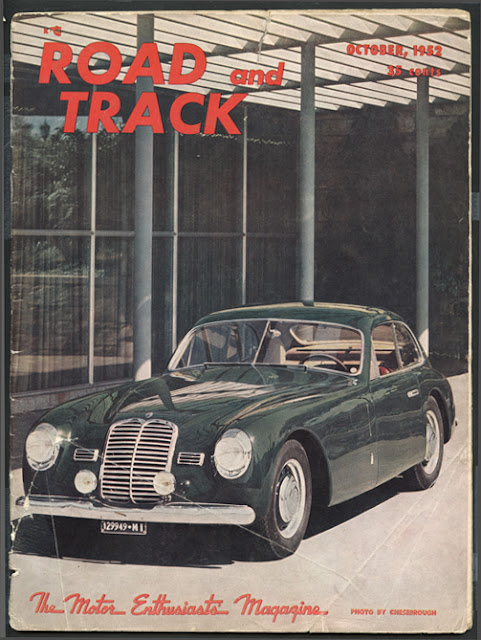 Posted by reservatory at 2:14 AM