Taken in Rome and Vienna by an American stationed in Europe after the war. 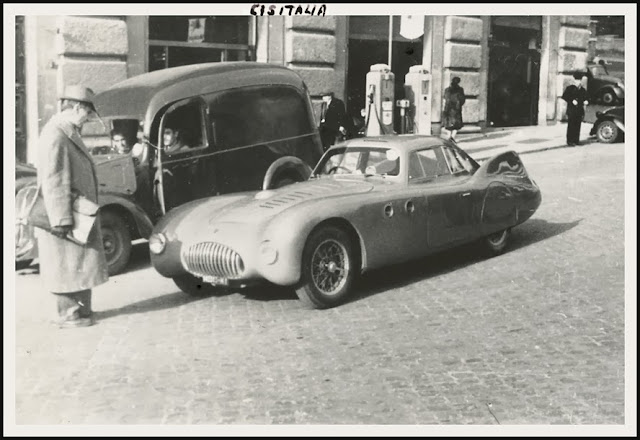 1947 Cisitalia 202 Mille Miglia Aerodinamica Coupé, designed by Giovanni Savonuzzi and built by Vignale. As I understand it, Fiat engineer Dante Giacosa, creator of the Topolino, was enlisted by Cisitalia founder Piero Dusio somewhere around 1942 to design an open wheel race car based on the little mouse with an 1100cc mill in place of the stock 500cc. When WWII ended and Giacosa needed to return focus to Fiat, he recommended Savonuzzi, head of Fiat's experimental aircraft division, as his replacement. Following Dusio's offer of a massive salary increase and a company car, Savonuzzi became Cisitalia's Technical Director, finishing development of the D46 racer and then turning his attention to what would become the 202, envisioned by Dusio as, '...a car that is wide like my Buick, low like a Grand Prix, comfortable like a Rolls-Royce, and light like our single-seater D46.' Built in variants by Pininfarina, Stabilimenti Farina and Vignale, the 202 coupe is widely regarded as the original GT, with Pininfarina's version gracing the Museum Of Modern Art's "Eight Automobiles" exhibition in 1951. Also seen here is a Peugeot 202 delivery truck, with Mobilgas pumps at the curb and Topolinos at extreme right. 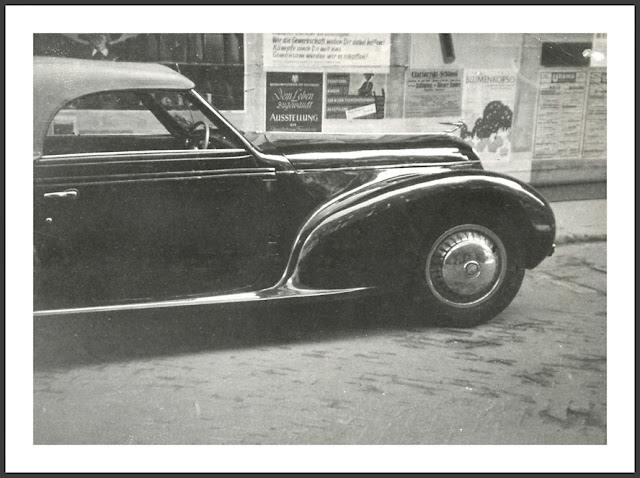 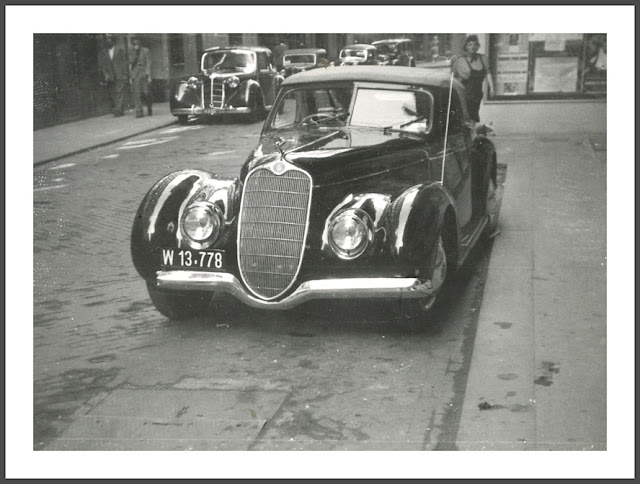 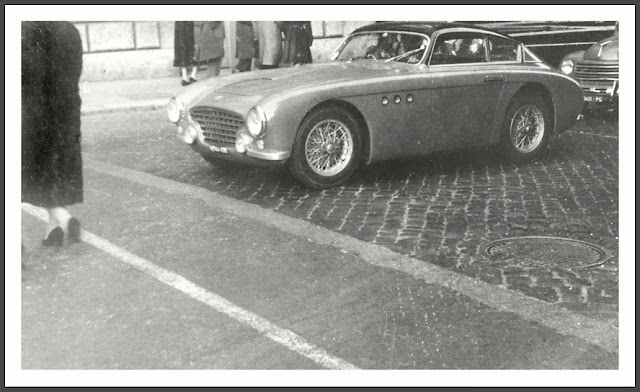 1951 Abarth 205A Berlinetta by Vignale. The shell for Carlo Abarth's first in-house creation after leaving Cisitalia as that firm headed for bankruptcy, was Giovanni Michelotti's sharp interpretation of Pininfarina's Cisitalia 202, with both ends tucked under for a more aggressive stance and cool modern eggcrate grille and driving lights in lieu of the 202's baby Buick face. Portholes replace those missing grille teeth for a touch of postwar American glitz on a design that might not be easy to date without them. Supposedly only three of these stunning coupes were built, all shown more clearly @ Ultimate Car Page, but the door handle is mounted much higher in this photo from a period auto show, while the car waiting at the crosswalk above splits the difference. It may just be the angle, but the hood scoop here looks flatter, too. 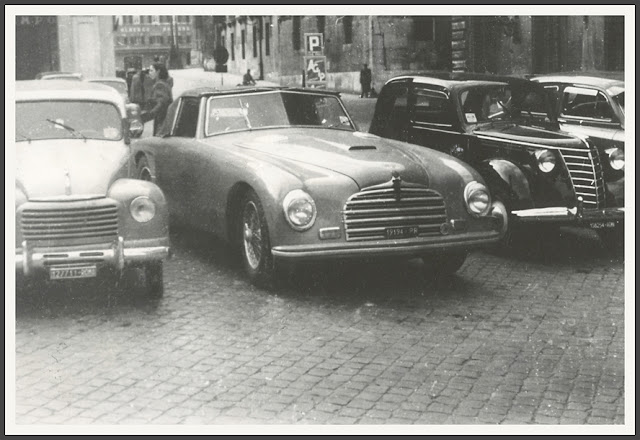 Mystery car. Maybe a Stabilimenti Farina Alfa 6C, with Fiats on either side. 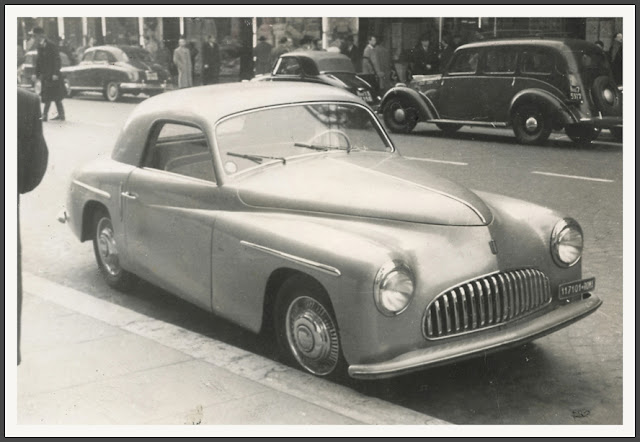 Circa 1951 Fiat by Stabilimenti Farina 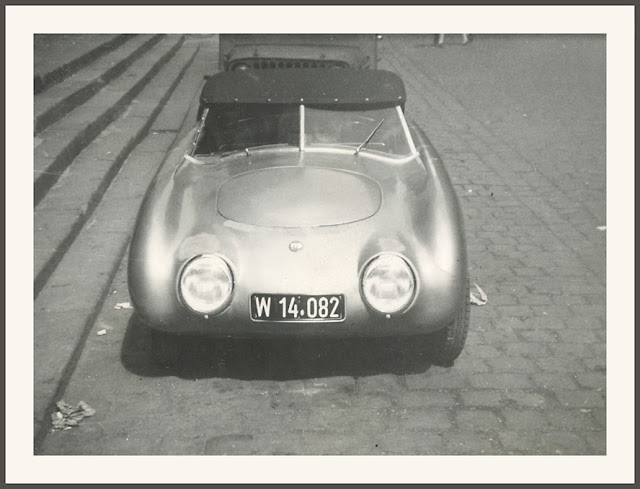 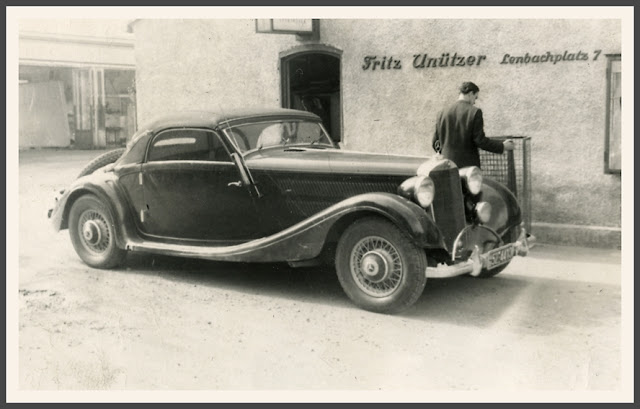