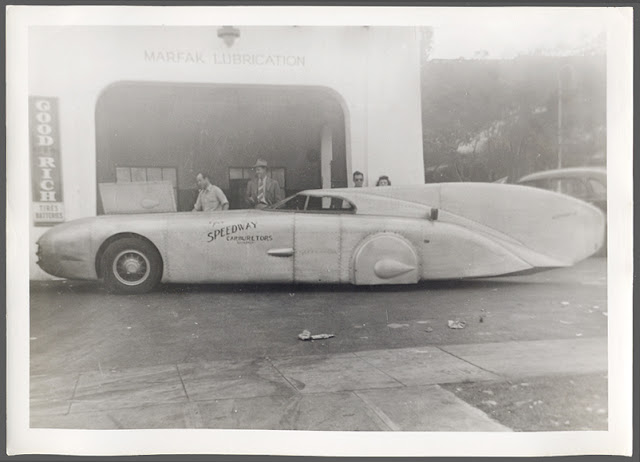 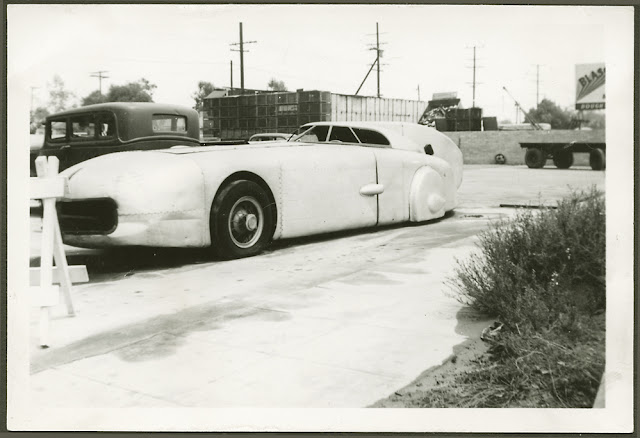 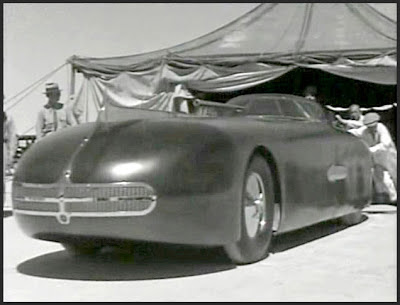 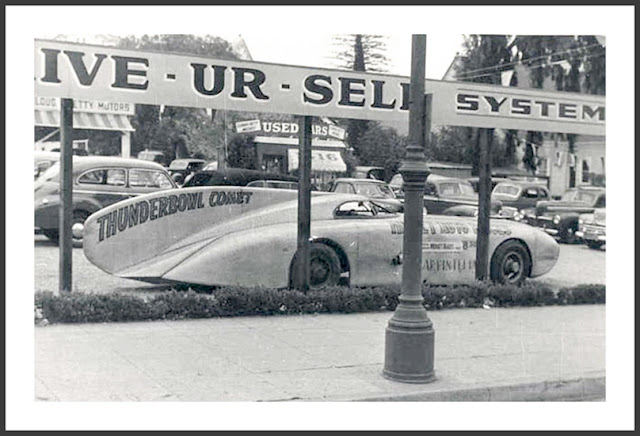 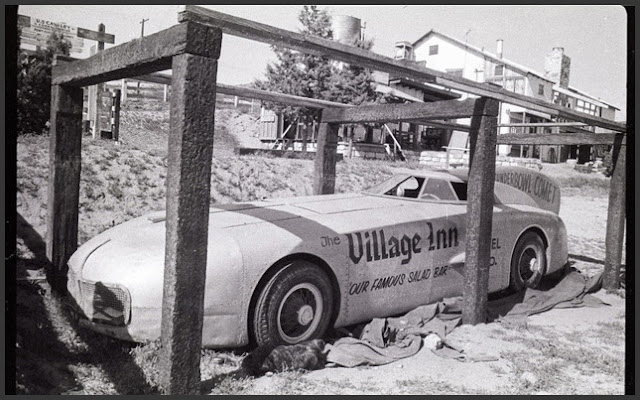 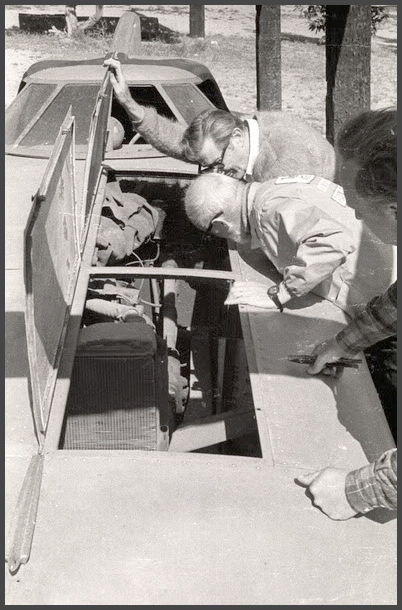 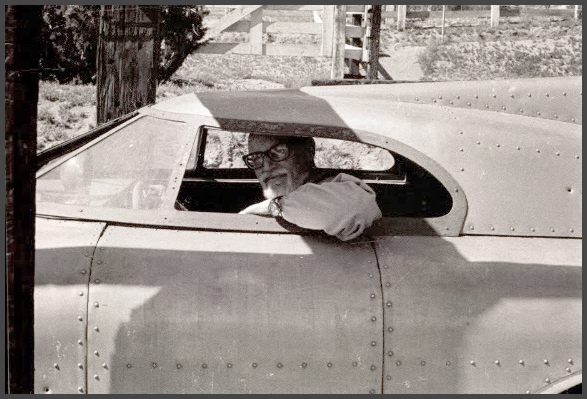 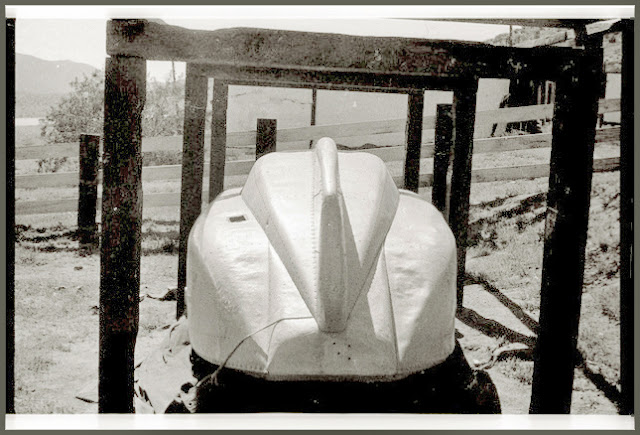 Posted by reservatory at 12:50 AM 5 comments

The Week In Pictures 2 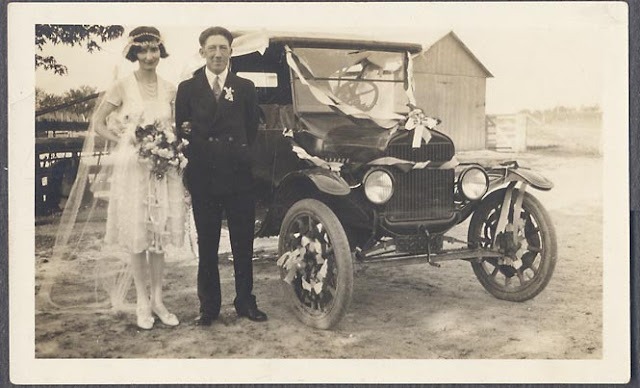 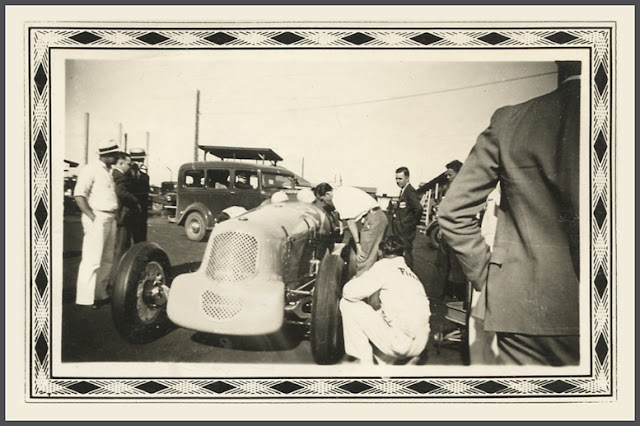 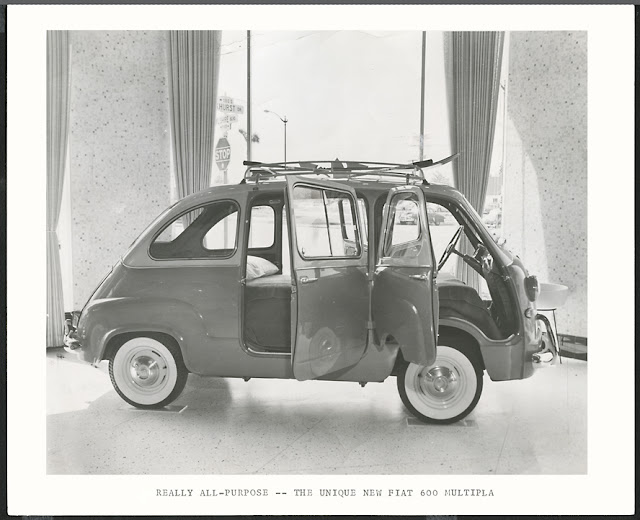 1957 Fiat 600 Multipla with skis on the roof and freshly made bed, in lobby of 1951 Gibraltar Savings & Loan Headquarters at 9111 Wilshire Boulevard in Beverly Hills. The building's architect, William Pereira, was preparing for the jet-age redesign of Los Angeles International Airport when this was taken. 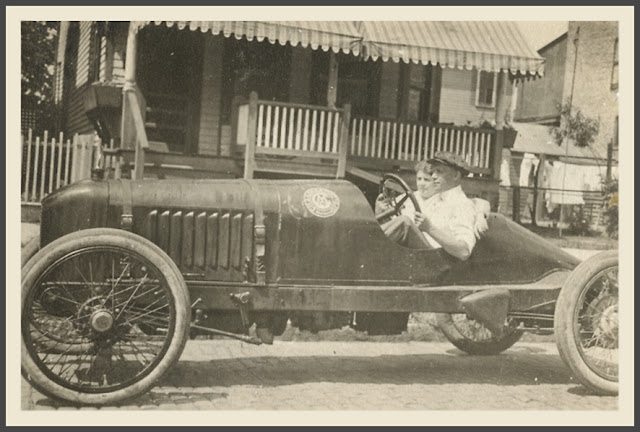 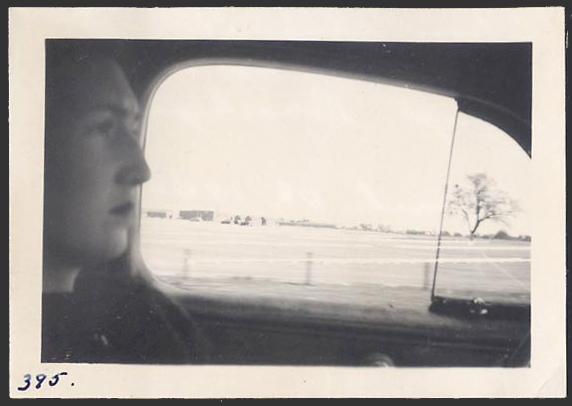 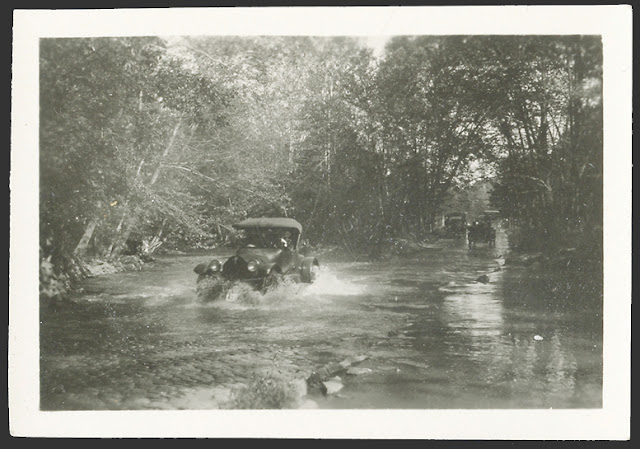 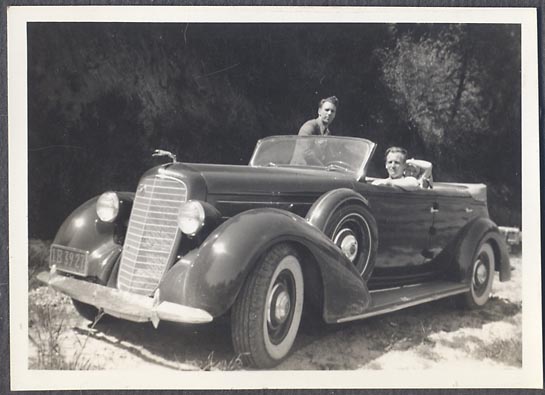 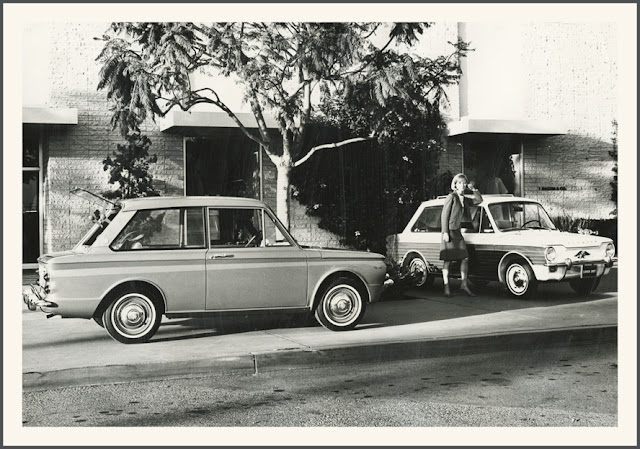 Exclusively for the American market, 1965 Sunbeam Lady Imp and Lord Imp in front of I.Magnin. FOR IMMEDIATE RELEASE: A new car a man wouldn't want to drive but would be more than happy to give to his wife as the "ultimate present" is the new Lady Imp. Based on the popular Sunbeam Imp sport sedan, the Lady Imp comes complete with such totally feminine features as a hair dryer, mobile Princess phone and cosmetic perfume console. It is richly upholstered in a bright and striking floral pattern, and interior and exterior trim are equally feminine... Designed specifically for men, the Lord Imp has features such as ship-to-shore radio, marine compass, ship's bell, air horns and portable bar. It has nautical theme upholstery and the trim inside and out carries forth the boating motif. Both cars were exhibited by Rootes Motors of England at the New York International Auto Show. Price of either car is placed at about $3,700. Color details of Lord and Lady from the wonderful Imp Site, which reports that milord was found in Sacramento, California and repatriated by a Dumfriesshire UK Imp fanatic, her ladyship was spotted in a Dubai auto museum in 2009 by a Dutch enthusiast. 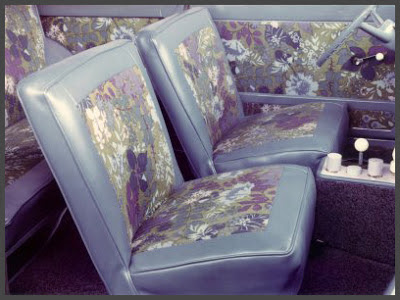 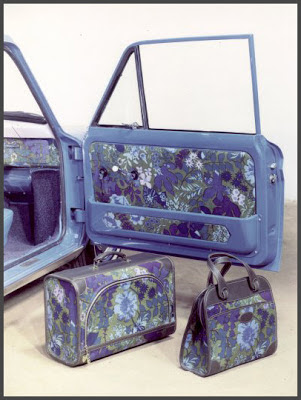 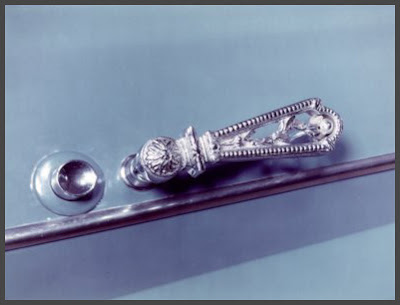 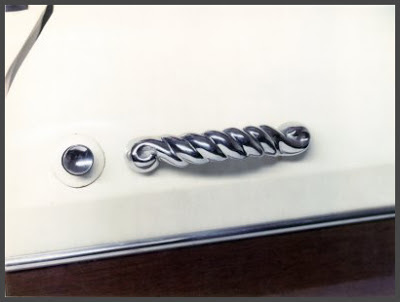 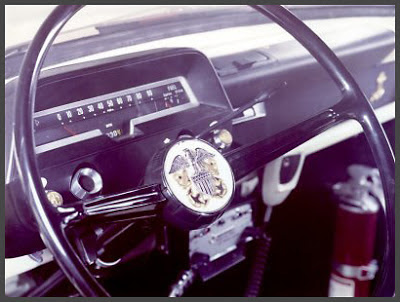 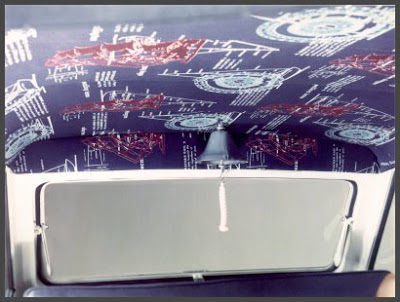 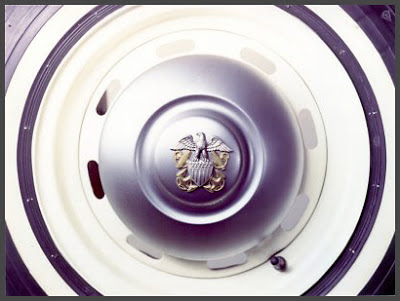 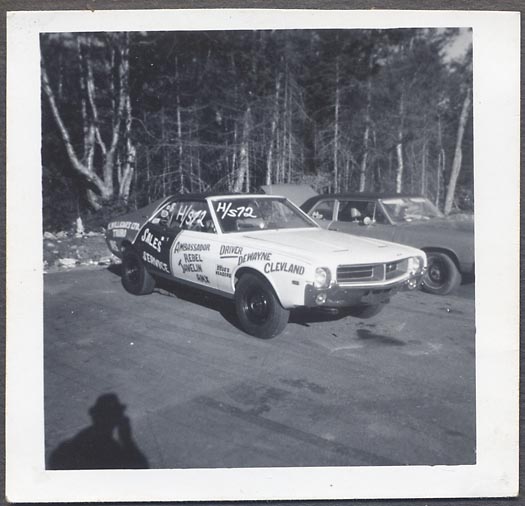 H/Stock '69 AMC Javelin sponsored by illegible Truro, NS dealership. At time of post, driver Dewayne Cleveland was Director At Large of ATVANS - the All Terrain Vehicle Association of Nova Scotia. 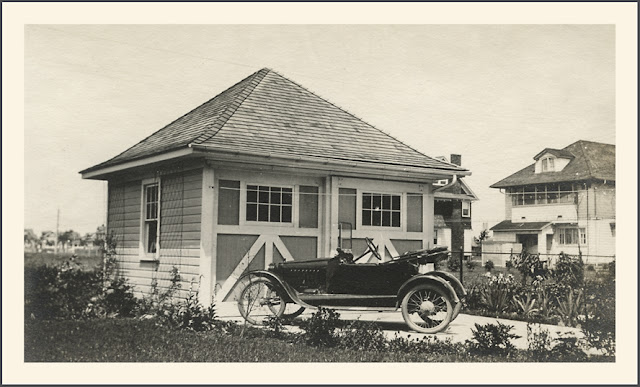 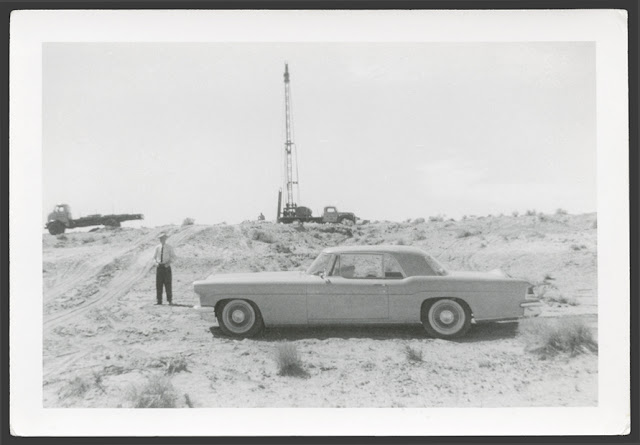 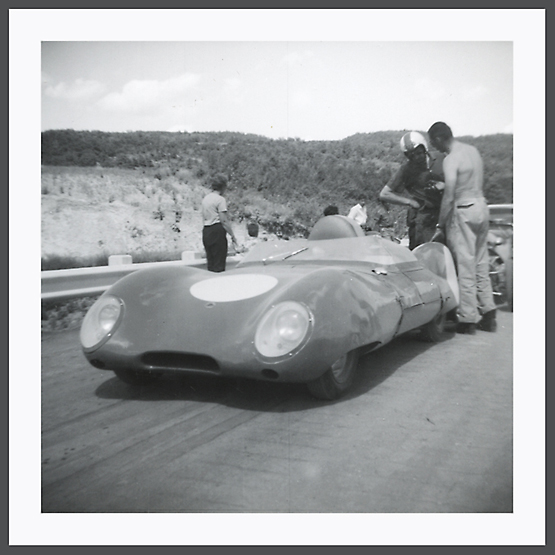 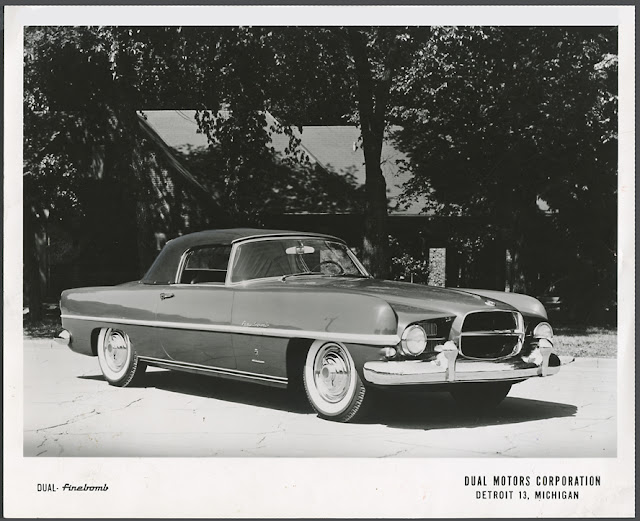 June 29, 1955. Apparently this Dual-Firebomb is actually the 1954 Dodge Firebomb show car built by Ghia for Chrysler. As Dual-Ghia owner Carl Kofron explains in a comment left @ Car Styling, The black car that Blackhawk has is the Firebomb and is the prototype for the Dual Ghia. That car is what Casaroll showed at the '55 Grosse Point Yacht Club as the up coming Dual Ghia. In the 1930s, Gene Casaroll's Auto Shippers firm revolutionized the delivery of new cars in America with a fleet of 100 open tractor-trailer transporters criss-crossing the country. He founded Dual Motors shortly thereafter, building twin-engine lowboy tank recovery vehicles during WWII. By the time series production of the former Firebomb began in 1956, discrete tail fins had been added. Sources say 117 of these were built between 1956 and 1958, but Mr. Kofron's is #131. 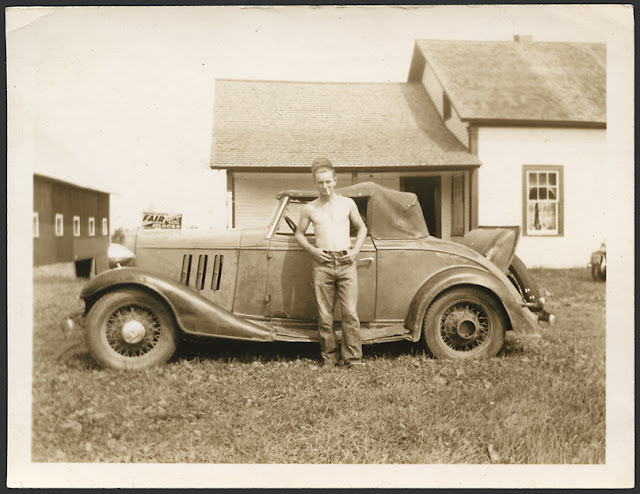